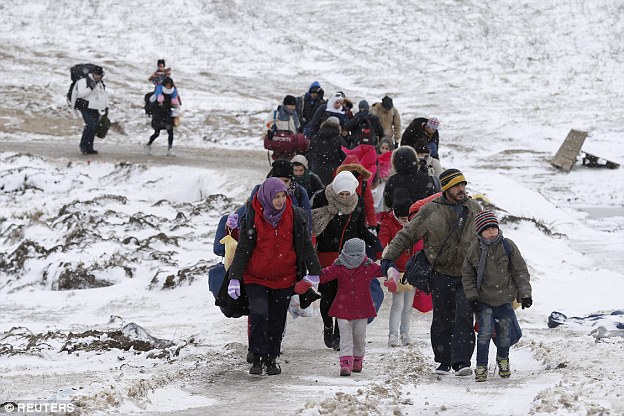 MPs and HGV drivers have warned that EU plans which would force Britain to accept 90,000 refugees in the next year as part a quota will make Calais ‘even more of a magnet’ to migrants.

There has been widespread fury at the plans from Brussels but a failure to agree a quota could see the UK denied the right to deport asylum seekers to their country of arrival.

Number 10 last night vowed to fight the proposal, which is a major blow to David Cameron’s EU referendum ambitions.